A must for any lover of Books or just an admirer of the astounding quality of Irish Writers.

This room can cater for an intimate group of up to 80 people where menus and requirements can be individually tailored to suit your specific needs.

It is said Ireland’s greatest contribution to the world of arts and culture has been its literature. Always known for a rich oral and storytelling tradition, Ireland transformed into a literate island with the coming of Christianity in 400-500 AD (heralded by St. Patrick himself). Monks were hard at work illuminating Gospel manuscripts, such as the ‘Book of Kells’, while the rest of Europe began its descent into the dark ages.

Modern Irish writing , however began with Jonathan Swift, whose masterpiece ‘ Gulliver’s Travels’ (1726), and is still widely read in schools. Swift’s satire of British colonialism set a tone for Irish Literature – which is often comic and biting in nature.

The late Victorian age witnessed a swell in Ireland’s pride and patriotism, and Irish writing soared. From the poetry of William Butler Yeats to the writing of Oscar Wilde and Bram Stoker, Irish writers became household names around the world.
We have endeavoured to represent this rich literary tradition here in the Writers Room and are proud to have on display many of the first editions of the best of Irish writing. 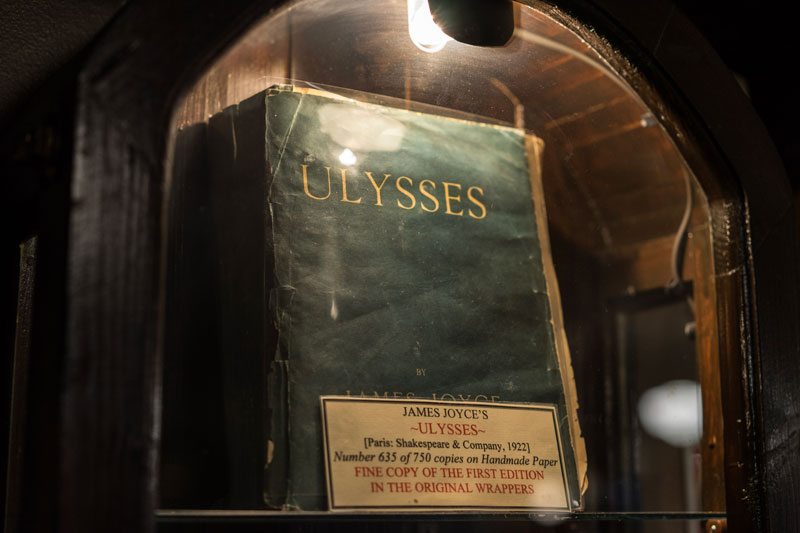 Our Oscar Wilde cabinet has first editions of the most famous works including ‘ The Importance of Being Earnest’ (1899), ‘ The Ballad of Reading Gaol’ (1898) and his moving essay ‘De Profundis’ (published posthumously in 1905) on spirituality and faith written to his friend Robert Ross during the last months of his imprisonment in Reading Gaol.

James Joyce is well represented too with our prized first edition of ‘Ulysses’ printed in Paris in 1922 taking centre stage. Ulysses was printed in a limited edition; our copy is one of 750 on handmade paper and retains its distinctive original blue wrapper as issued with the title printed in white.

Move along the wall and you will see a first edition of the iconic horror novel ‘Dracula’ (1897) by Dublin born Bram Stoker, with its distinctive yellow cover. Having written what was to become the most famous Gothic horror novel of all time, Stoker did not live long enough to see Dracula’s immense cultural impact and its many permutations in print and on screen. 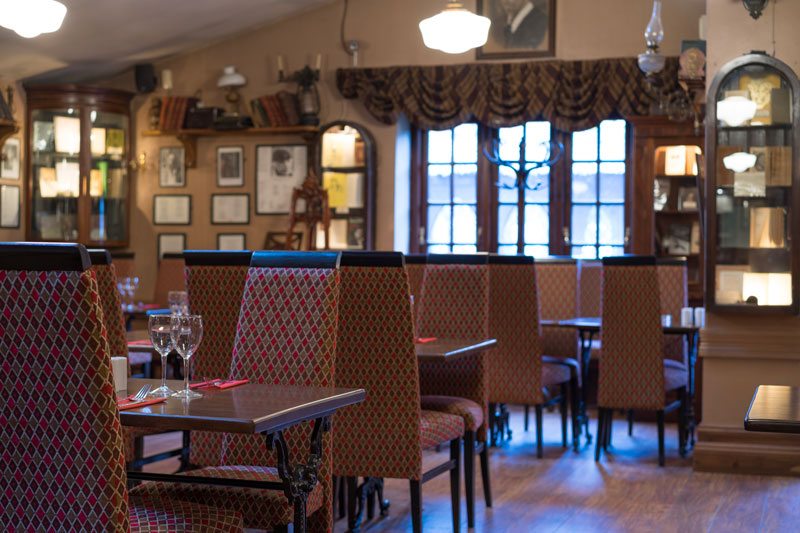 W.B Yeats won the Nobel Prize in 1923 and our cabinet devoted to his work displays as an array of his first editions including ‘The Tower’. ‘ The Winding Stair’ and ‘The Wild Swans at Coole’ which is considered one of the best collections of poetry in the English language. One of our prized items in this collections is a volume of his poetry inscribed by him with an original verse in his hand.

A Nobel Laureate in 1969, our Samuel Beckett collection boasts a selection of signed copies of his major works along with original letters in his hand. A highlight being an inscribed first edition of ‘Waiting for Godot’ (1954) his most famous dramatic work which as the most original and significant dramatist of his time.

Of more recent vintage is a fine collection of the work of Ireland’s primer poet and Nobel Laureate in 1955, Seamus Heaney. Included is his first major collection of poetry ‘ Death of a Naturalist’ (1966), the beautifully published limited edition of ‘Bog Dreams’ (1975) and a limited signed edition of his most recent collection ‘ District & Circle’ 2006 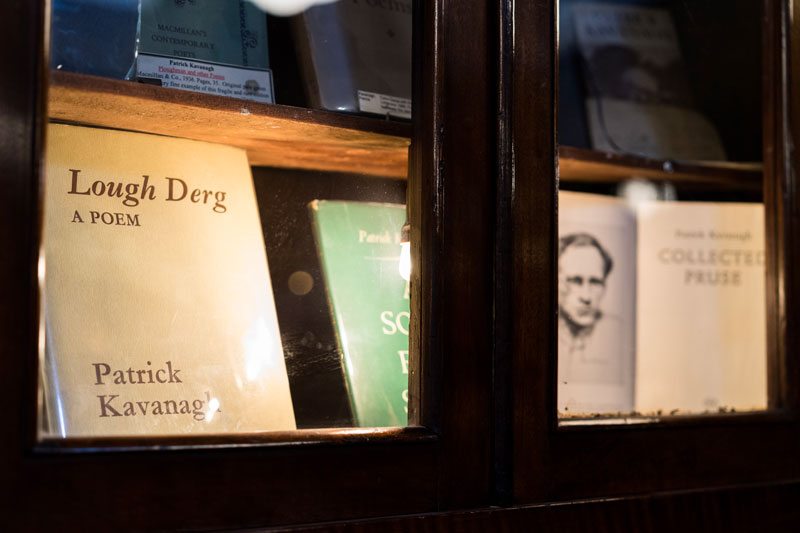 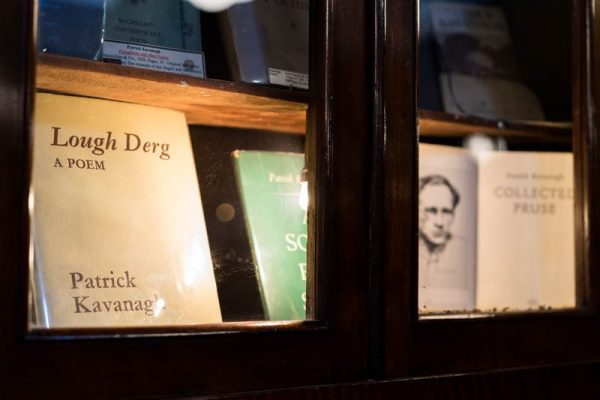 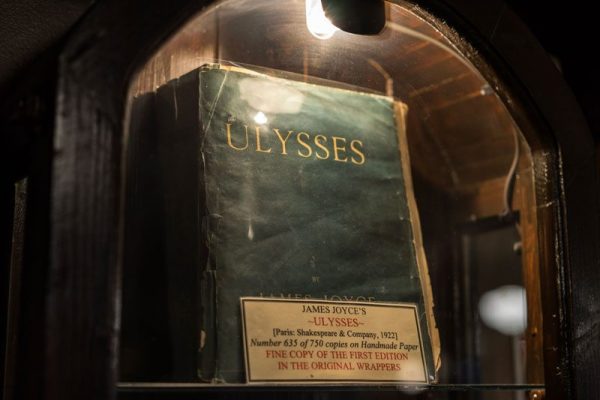 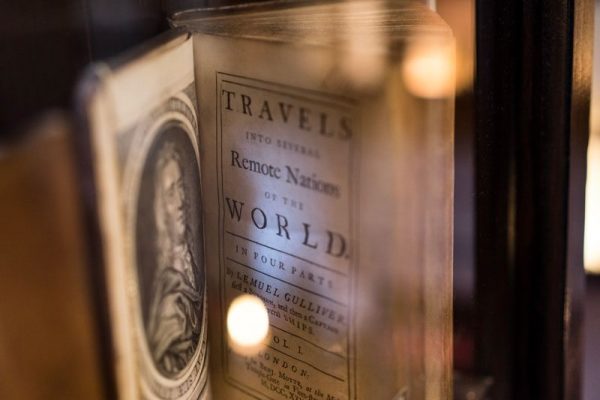 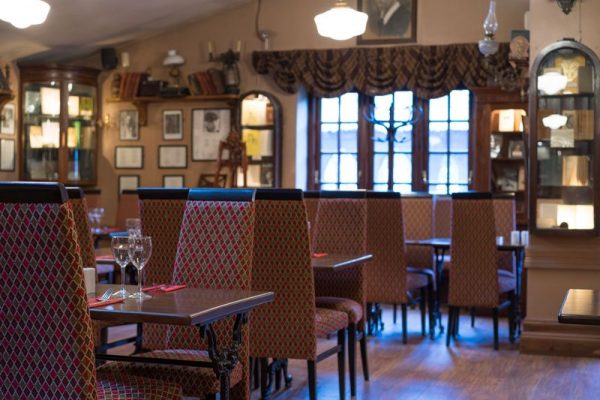 Find us
BOOK A ROOM